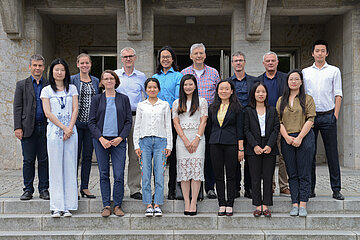 Since the beginning of market liberalization and opening up in China in the late 1970s, economic development has accelerated sharply. Owing to different speeds of development, the income gap between the developed Eastern coastal regions and Western China as well as between urban and rural regions is considerable. Also differences in public infrastructure, for example in terms of health services and school education, are pronounced Meanwhile, agriculture and industrial activities cause resource depletion and environmental damage, which seriously threatens the basis of life and production.

These imbalances and aberrations prompted the Chinese government to bring about a high political priority for improvements in agriculture, rural education, and environmental and resource conservation. The China International Research Group, established in 2008, accompanies these efforts with its research work.